Masochistic. Yes, that's the word that seems most apropos. Crossing Tierra del Fuego, we felt like The Three Masochistic Musketeers. It sounds like a Disney movie gone awry. Or perhaps a chocolate candy bar chock-full of razor blades. To be honest, these descriptions are not far from the truth.

Tierra del Fuego ("Land of Fire") received its name when European explorers first came to the island and saw the naked natives huddled around fires to stay warm. We've only seen a few fires while on this island -- namely campfires and stove fires. We firmly believe there are more fitting names than Tierra del Fuego for this inhospitable land. Tierra del Nada ("Land of Nothing") comes to mind, as does Tierra de la Muerte ("Land of Death").

Our First Days on the Road

In the morning our AirBnB hosts, Pablo and Neli, saw us off.

We rode the ten or so kilometers before reaching our first checkpoint, just outside of town.

To The End of the World

How about kicking off this South American bicycle adventure with some introductions!

You know me already. I'm Sarah. On this trip, I'll be known as "Saracita," which means sweet, dear, angelic Sarah. Very fitting.

I've been wanting to explore outside of the United States by bicycle for quite awhile, and it was time to finally make that happen. Now, some folks will hit up as many cities or countries as they can in their travel time. But that's just not my style. I'd rather spend time knowing one country and its people well. Since I anticipate a good number of years remaining in my life, the plan is to hit up one or two countries a year. This trip will focus on exploring the country and people of Chile.

Sharing Adventure Cycling Love in NY...and Around the Globe

If everything had gone as originally planned, I'd be biking in South America right now. I'd be pedaling through the far northern reaches of Tierra del Fuego, about to enter the pristine wilderness of Patagonia. Instead, I spent this last weekend in the steel jungle that is New York City.

My original plans went astray all because of a phone call from Arlen Hall, Tours Director at Adventure Cycling Association. During this call, Arlen asked if I would be interested in helping to represent Adventure Cycling at The New York Times Travel Show the second weekend in January. If I didn't already have plans to be cycling in South America in early January, I would have given Arlen an exuberant "YES!" Instead, I hemmed and I hawed. I wanted to help at the Travel Show. But I also really wanted to get my long-awaited South America trip under way. Decisions, decisions, decisions!

To make my decision, I needed to learn more about The New York Times Travel Show. This is what I learned: Held at the Jacob Javits Center in Manhattan, the Travel Show boasts more than 500 exhibitor booths from around the globe, 150 travel industry speakers and events, 100 cultural presentations, and 28,000 travelers and industry professional attendees. In a nutshell, The New York Times Travel Show is sorta a big deal.

The Long Awaited Video is Here!

As you may recall from We're Film Stars!, Brian and I were part of a video shoot. The video was created by The Path Less Pedaled, in conjunction with TravelOregon, to promote Oregon's Scenic Bikeways.

Ladies and Gentleman, the video is now complete and ready for your viewing! Grab some popcorn (though a small bowl will do -- it's a short video). Enjoy!

How fun to see this video in its final form!

For the last ten years, I've been partaking in a special New Year's tradition. The tradition doesn't involve fireworks, staying up past midnight, or half-hearted resolutions. Instead, my tradition involves retrospection, letting go of the past, and setting intentions for the future. 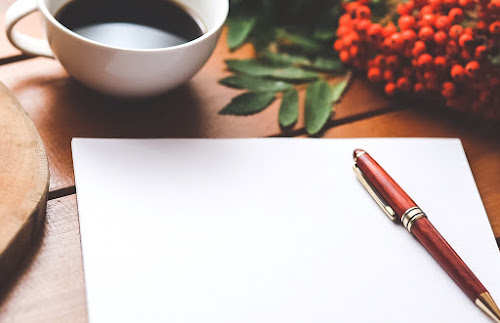 While I'm generally not one who celebrates holidays, I appreciate the changing of the year as an arbitrary time to examine my life. Near the end of every year and before the beginning of the next, I set aside uninterrupted time, pour myself a warm cup of tea, and settle into a comfy chair under a cozy blanket. I have with me a writing utensil and two sheets of paper -- one is labeled with the current year and the other with the upcoming year.