Our First Days on the Road

In the morning our AirBnB hosts, Pablo and Neli, saw us off.

We rode the ten or so kilometers before reaching our first checkpoint, just outside of town. 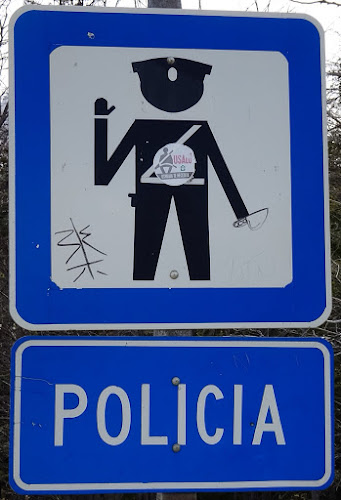 Once we exited the city limits, the views were grand. Snowy mountains, beautiful forests, and pristine roadsides. Every turn in the road presented a new vista. It seemed that the 80 kilometers we rode today was an amalgamation of the most beautiful part of every route I've ever ridden in the past. Pure heaven.

To be honest, I was a little worried about how the first day of riding would be for me. After all, before this trip, I hadn't ridden a bicycle in more than two months. Fortunately, my touring muscle memory kicked in right away. It felt great to be pedaling again.

There were way more cars along the route than expected. (Then again, it was a weekend.) And there were lots more honks than expected as well. None seemed to be vicious -- just your friendly warning-I'm-approaching as well as the typical good-luck-on-your-awesome-adventure honks. We've seen tons of Sprinter-like vans and other expedition vehicles, but none of your typical American RVs along the route. Heck, we've even seen a couple of bike tourists already. Not surprisingly, none of the cyclists pulled over to stop and chat. We can only assume they were anxious to finish their rides to the end of the world. It's possible many of the cyclists began their trip at the northern part of the Panamerican Highway in Alaska and were just a few kilometers away from finishing their multi-year journeys.

Not far from our lunch stop, we saw a burned out van. I can only imagine how this journey ended.

In the 1940s, the Argentinian government imported 25 pairs of beavers from Canada in hopes of creating a lucrative fur trade. Suffice it to say that the beavers were far more successful at reproducing than originally intended, and the island has now become overrun with beavers. We were surprised to see a number of signs for "Beaver Ecotourism" -- oh how people are happy to make a profit from most anything. We were more surprised, however, neither to see a single beaver nor evidence of such beavers.

Unlike previous bike tours, we have very little information about the route -- by choice. We have no detailed mileage data. We have no elevation profiles. We have no information about services in towns we'll pass through. All we are going off of is a not-so-accurate country map of Chile, produced by National Geographic. It gives us a rough idea of the route, but even within the first day of riding, we've learned that it's not too terribly accurate. Hopefully it will be accurate enough for our travels. Our morning included quite a bit of climbing to get out of the Montial Mountains, and so I suppose I shouldn't have been surprised when we came across our first pass.

Not long after passing the Garibaldi Pass sign, we turned the corner and saw a most beautiful overlook of lakes down below.

Of course, passes often come with a relaxing descent. Garibaldi Pass delivered. A little while later, we noticed a sweet smell in the air. Ah, clover!

Our route paralleled Lake Fagnano for many kilometers. We found a nice river feeding into the lake and decided to make our home near the river for the night. We politely invited ourselves over the fence to find a good spot for our tents. After a few minutes of searching, we heard a bell, and soon after that a horse came running down a nearby hill and joined us by the river to sip the water. Then another horse appeared. And another. And another. It was surreal to see all of the horses gathering down by the river. Horses, in their natural environment, are so beautiful to watch.

Nervous that a gaucho may soon appear, we decided to find a nearby spot on the road side of the fence. We found the remains of an old shelter and made ourselves at home.

As we ate dinner, a flock of parrot-like birds appeared. They were gorgeous -- green back, red tails, and blue on the tips of their wings. We watched as they hopped about the grass, eating the seeds from the dandelions. Again, the wildlife made us feel as though we were in a surreal place.

In the morning, we continued to ride along Lake Fagnano.

Late in the morning, we passed through the small town of Tolhuin. We had heard about a panadería (a bakery) that we had to visit. And so we did. I particularly liked the sign near the garbage can at the panadería:

We bought some cheese and onion empañadas and some cream-filled churros and headed to the town park to chow down.

As we looked for a place to camp that night, we came across a large field where a bunch of locals appeared to be passing the day. There was loud music blaring from cars and there were barbecues. We thought we'd check it out. We rode our bikes along the mogul-like dirt road until we reached the end of the field. Receiving quite a few curious glances from the locals, we found a grassy spot under a tree and set up camp.

After a little while, a gentleman came by and told us that although we could make a fire, we needed to be careful to make sure to properly extinguish the flame. He seemed a bit eccentric -- all dressed in black from head-to-toe, a nice beret, and a huge black bladder backpack with a metal hose for extinguishing fires.

Daylight seems to last forever here in Patagonia. It only starts to get dark past 10:30pm, and the sun is fully shining when we get up in the morning. By late evening, some of the locals started to pack up their cars and leave. By 10:30pm, we had the entire field to ourselves. We would only be joined by a pack of curious guanacos early the next morning. We had seen the guanacos and had heard a flock of funny sounding cackling birds. Only later did we realize that the cackles were coming from the guanacos.

Shortly after leaving the campground, the winds started to pick up. We'd heard about the infamous winds down in Tierra del Fuego. In fact, everything we had read and heard told us that we'd be nuts to bike from south to north, as the headwinds were atrocious. But, when you've got a couple of months to explore a country, when your itinerary is wide open, and when your trip extends from mid-summer to fall, it makes most sense to travel from south-to-north. And so, though perhaps a bit crazy, we're all about being sensical.

At lunch, we commented that the winds hadn't been that bad. We had cursed ourselves because after lunch the winds were ridiculously strong. We were lucky to be pedaling 8 km per hour on the flats. And what made the riding even more difficult were the trucks that whipped by. The drafts created by the trucks easily pulled us into their vortexes. At times, we decided it best to pull off onto the rocky shoulder to regain our balance.

Despite the winds, the views were simple and mesmerizing.

The winds made the day a challenge, as did our twenty kilometer detour into a most industrial and unwelcoming town of Rio Grande. But we needed to stock up on groceries, as we'll be spending the next six or seven days crossing the middle of Tierra del Fuego, where we don't anticipate that we'll come across any services or stores.

We camped outside of town aside an abandoned bridge. Though the camping was roadside, the sky was dramatic and made for some wonderfully colorful photos.

Tomorrow we head west across Tierra del Fuego, along a remote and seldom traveled gravel road.