While I love the comic-style and vivid colors of this man in a boat, what I love even more is how the paint has peeled, leaving him with only one eye. 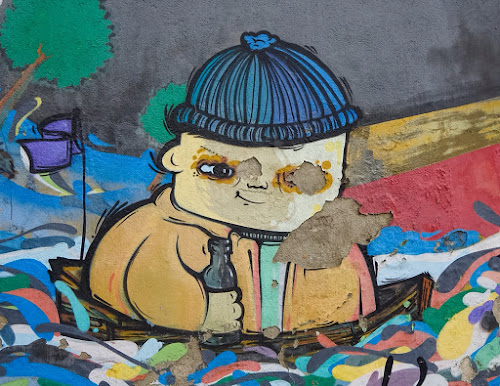 Likewise, while I love the simplicity and open-armedness of the girl below, I love even more how she has lost her poor little nose. 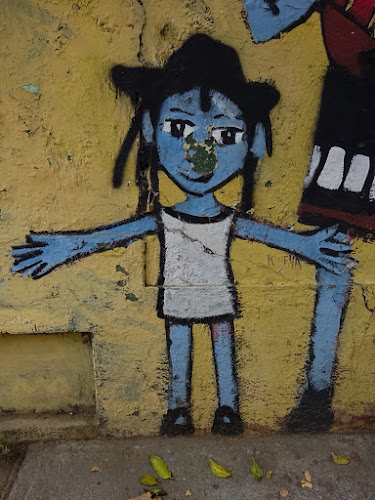 A few blocks away stands a group of musicians. Surely these must be the cousins of the nose-less girl. I particularly like the intense facial expression of the drummer. 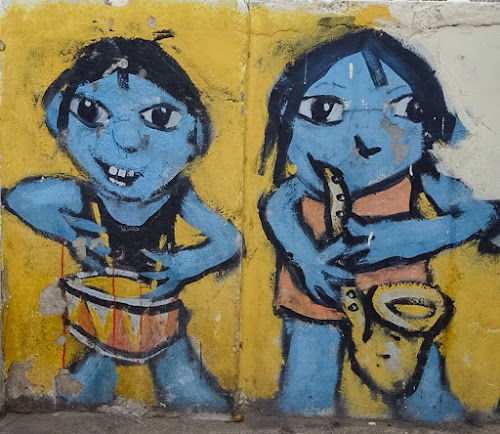 Even further away, on a neighboring hillside, stands this couple, painted by the same artist. 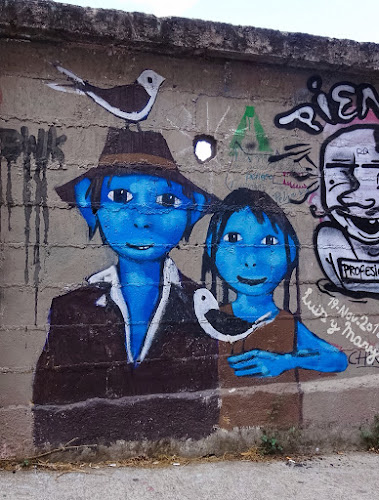 I really like the muted colors of this painting, as well as the shrub growing out of the wall. 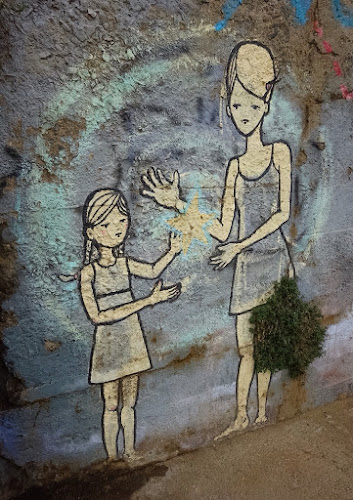 While the shrub above isn't growing in a "murally-strategic location," the location of some wall greenery truly enhances the visuals. In the photo below, it looks as though the woman is wearing a three-dimensional hat. 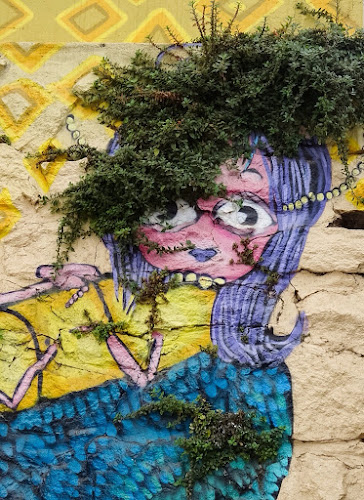 What a fun hippie van! It is parked in front of a beautiful cascading wall of morning glories. We saw this van parked for a few weeks on one of the streets in Cerro Bellavista. And then one day...poof...the van was gone! Where did it go? It doesn't look as though the van is driveable. Was it not a permanent art fixture? Did the neighbor's tire of its presence and have it towed? 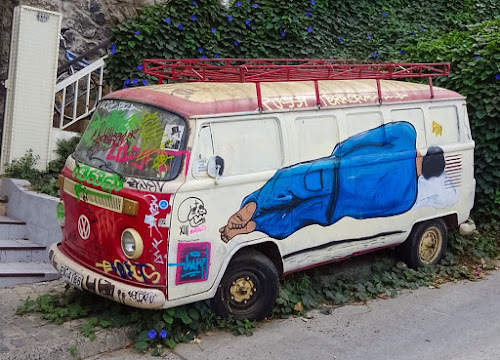 Any surface in Valpo is fair game for artwork. The rise of each step in this staircase provides a canvas for a unique landscape. The details on each of the steps is extraordinary. 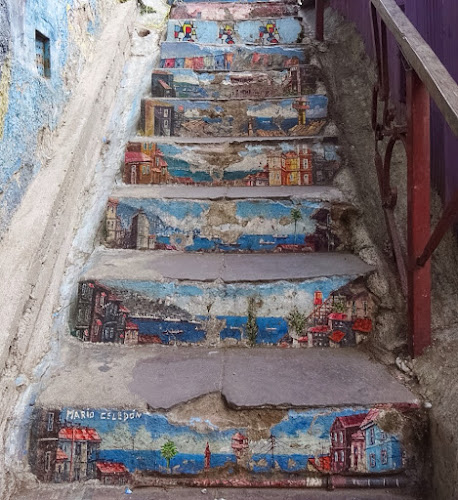 There are so many fun characters in Valparaíso. When I first set my eyes on this toothy-grinned little man with his red cap and blue balloons, it was love at first sight. 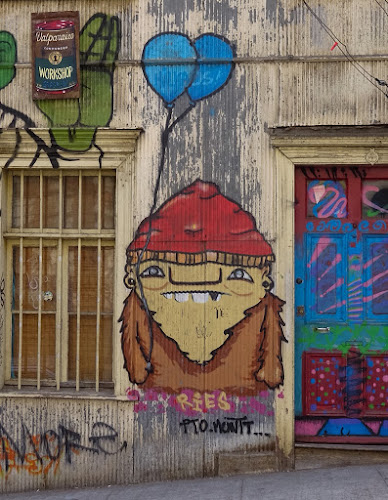 And how about this skinny-necked woman with the fancy 'do? She looks like quite a character. 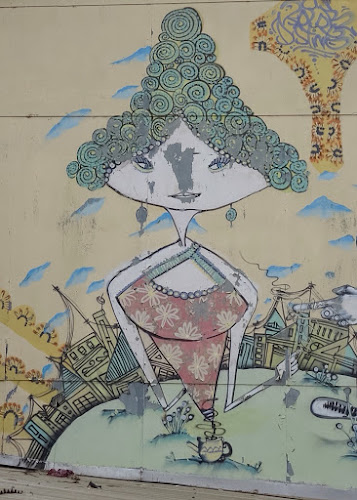 Of course, this guy is pretty fun, too... 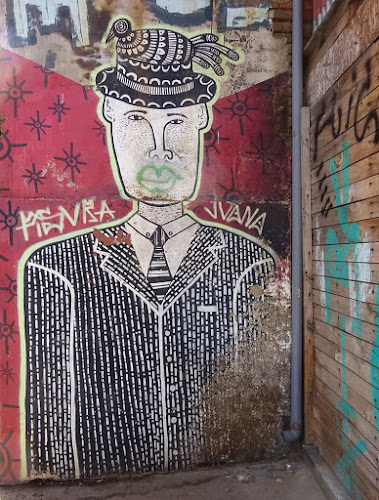 ...as is this badass tattooed bunny. 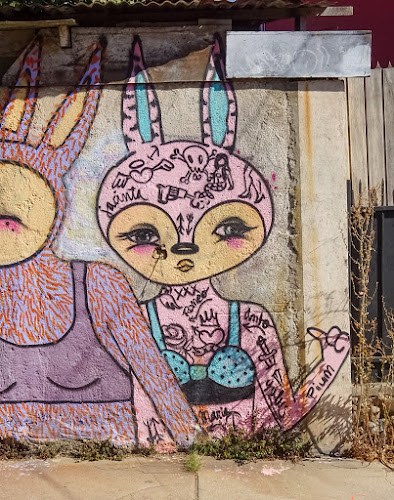 I like this alien woman. She fits right in with all the young tourists who tote their big backpacks up-and-down the steep staircases. 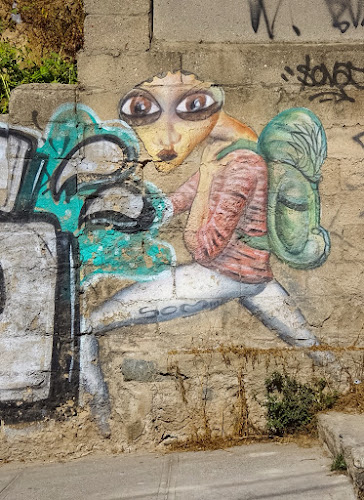 Some of the murals have explicit messages, such as the one below, which reads, "Más orgasmos menos golpes!" ("More orgasms, less conflict!"). 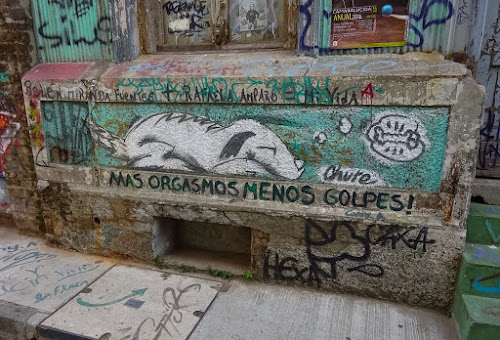 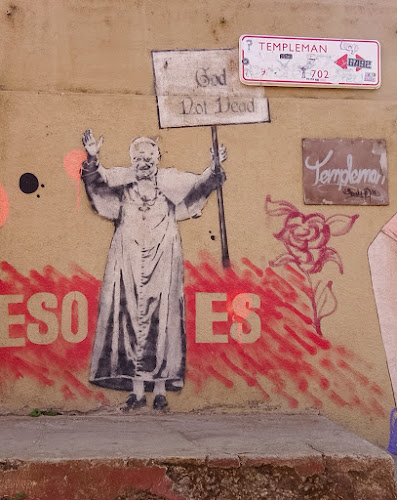 This sign reads: "Los pacos tienen tetas para alimentar a sus families." The politically correct translation is: "Alpacas have tits to feed their families." However, since "paco" is a derogatory word for "policeman" in Chile, I'm guessing this graffiti ain't about alpacas. 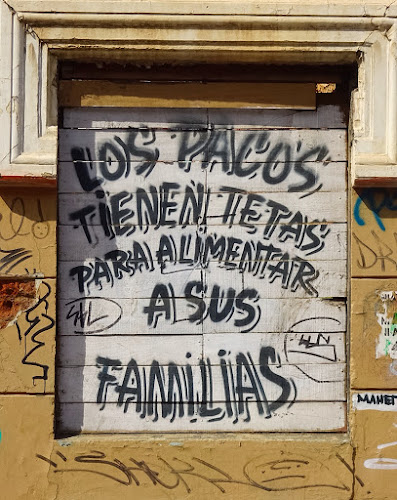 On a lamppost is painted this roll of toilet paper, which dispenses US dollars. The significance of this painting perplexes me, as USD is quite valuable in Chile. In my opinion, this should be a roll of Argentinian pesos instead of US dollars; we've heard a number of Chilean people say that Argentian money is practically worthless in Chile and that the money has more value as toilet paper. Some of the artwork has more subtle messages. In this mural, chained children are playing Rock-Paper-Scissors over an apple, as planes drop bombs on their city. 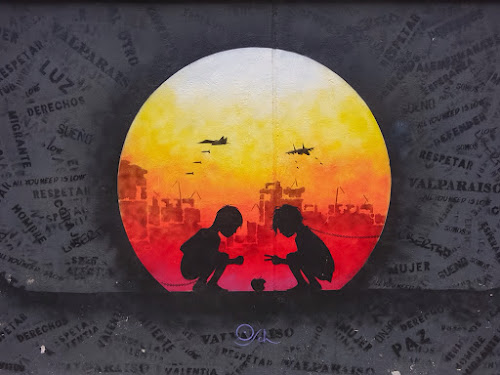 Some of the murals are simply elegant... 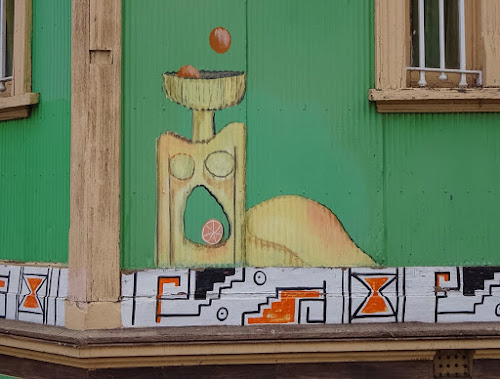 ...while others are simply humorous. 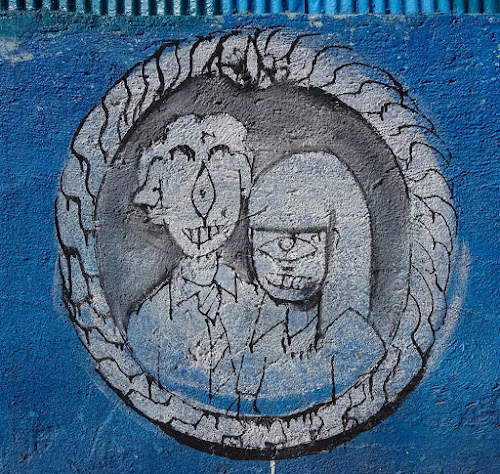 Some murals are quite complex. This woman is painted atop an array of bottle caps that have been glued to a wall. 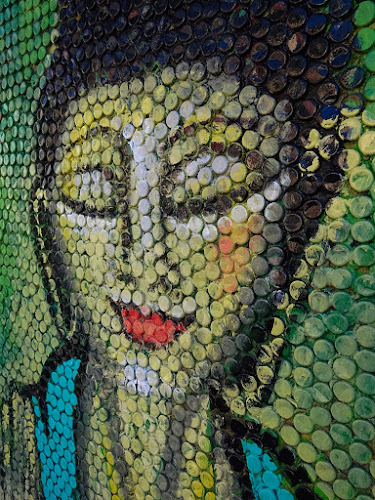 Finally, draw your attention to the black and white area on this wall of murals. What do you see? At first, it looks as though there is a collection of white scribbles on a black surface. Right? Look more closely, and you'll notice the profile of Marlon Brando from "The Godfather." (Thank you for pointing this out, Monse!) 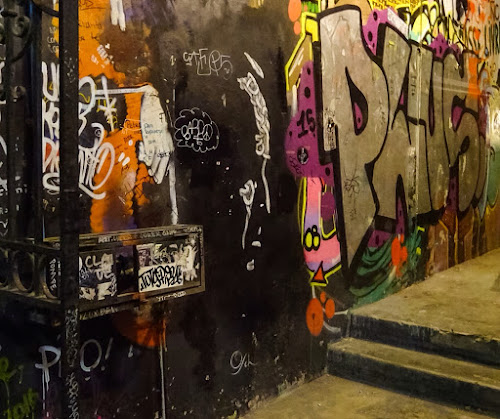 Yup, I sure do love the murals in Valparaíso!