Gratitude for My Unborn Baby

I wrote this awhile ago. Every few months, I would reread what I had written, allowing time and introspection to reshape the final paragraph. I knew I wanted to share this, but only when the time was right. The time is now right; the final paragraph needs no further editing. 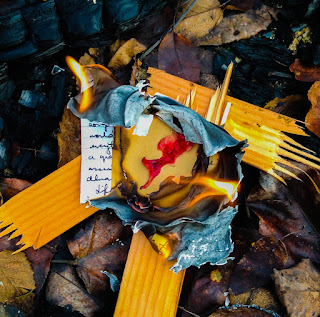 At first, I am curious. What is that? Clinging to the end of my tampon is an uncharacteristic glob. Closer inspection reveals a mass of tissue, enclosed in a spotty, translucent gel. Extending from one end appears to be a thin, tapering tail. At its nucleus is an opaque kidney bean-like body, complete with arms, legs, and a disproportionately large head. And then it hits me. And it hits me hard, as if my life has been yanked from my body. Shock stifles my curiosity as I mouth the word: Miscarriage. Indeed a life has been yanked from my body.

My views towards motherhood have changed over the years. I married in my early twenties, right after grad school. My husband and I abided to society's expectations of a newly wedded couple. We landed reputable jobs, bought a comfortable home in the suburbs, and embarked down the path of starting a family. In optimizing our chances to conceive, sex became a pleasureless deed. Day-in and day-out, I was consumed with becoming a mother. I took prenatal vitamins, charted my temperature, determined the days we needed to do the deed, and interpreted every body ache and nose twitch as a sure sign I was pregnant. I even quit my job and started my own business so I could maintain a career while being a stay-at-home mom. For nearly a year, I peed on strips of paper. For nearly a year, those strips showed disheartening flat lines. Shortly thereafter, my relationship with my husband flatlined; we divorced.

My first post-divorce relationship was with a man who despised children. He wasn't interested in sex as an act of procreation; he enjoyed sex solely for recreation. While I adjusted to sex-for-pleasure once again, he made certain his sperm would never meet my eggs. At the insistence of my partner, we avoided other people's children as much as possible. Run-ins, however, were inevitable. Whenever we chanced upon children who were quiet and well-behaved, he would say, "That's how children should be — invisible." When they were loud and rowdy, he would scowl and swear he never wanted little brats. I was surprised I wasn't bothered by his obstinate views.

The relationship with the man who despised children eventually fizzled. As other relationships came-and-went, I questioned what I wanted from life. During my divorce, I had begun to examine the expectations of society and how I fit into those expectations. Did I really want to be a mother? Did I want to remarry? Did I want to slave away at a job just so I could participate in the vicious cycle of consumerism? Deep down inside I wanted none of this. The standard lifestyle was of no interest to me. I vowed to make my own life. I ditched my well-paying job, I shed my home and possessions to simplify my life, and I began traveling to appease my wanderlust. Though motherhood was not part of my new, nomadic life, I was still interested in sex.

My efforts to conceive in my early twenties, which should have been my optimal baby-making years, had been foiled by biological obstacles. As each year passed, I was becoming less-and-less fertile. I wondered whether the exclusion of motherhood from my new life was a safety mechanism — a way to protect myself from the inevitable: this body of mine ain't for makin' babies. I hadn't been too worried about an occasional, unprotected romp in the sack. After all, how could I possibly get pregnant when multiple intentional attempts in my fertile youth had been unsuccessful? Even if an accident were to happen, I was so deeply entrenched in my unconventional life I couldn't imagine trading it in to be a mother.

And yet, a few years shy of turning forty, I became a mother. Motherhood, however, was short-lived; I miscarried. My unborn baby had been delivered to the world ceremoniously on the end of a bloody tampon. Although I'm sure I had experienced an ache in my body and a twitch in my nose, it never dawned on me that I might be pregnant. Heck, I had even menstruated the prior month (albeit, my flow had been unusually light). I was shocked. There had been a baby growing inside of me. And now that baby was gone. So was my partner; we had broken up two weeks prior.

I was devastated by the miscarriage. To make matters worse, I was confused by the devastation; I didn't even want a baby. I cried for three days straight. My eyes were painful and bloated. My head wouldn't stop throbbing. I kept looking at the embryo in disbelief. Did this really come from my body? I didn't know what to do. Do I flush my baby down the toilet? Do I throw it away? I needed to do something to process the hurt. I needed to get past the tears and devastation and move on. As I've always found comfort in writing, I wrote a letter to my baby:

Life has a funny way of placing things in our path. As I've grown older, I've learned to keep my mind and my heart open to seeing and embracing these things. You were placed, unexpectedly, in my path for a reason. I don't yet know the meaning of your existence. But I do know it is not you who will learn from me, but rather I who will learn from you. Though you were only a few weeks old, you taught me a lesson. While I don't yet know the meaning of that lesson, the learning will be made clear, as all life lessons are, with time and introspection. And for that, I thank you.

I love you, little one. Thank you for coming into my life, if only for a short while. Your roots held you close for a few weeks. Now it's time to use your wings to set yourself free.

I gathered wood and matches and headed to the fire pit in the backyard. I arranged the planks, lit the kindling, closed my swollen eyes, and took a deep breath. And then another. And another. I stepped forward and placed the letter and the embryo atop the flames. The blaze enveloped my unborn baby. I imagined her ascending from the fire. As my eyes followed the rising smoke, I imagined her spreading her wings, taking flight, and soaring upwards towards freedom.

In my twenties, I tried to become a mother and later decided against it. In my thirties, a miscarriage prompted me to revisit motherhood. As I entered my forties, a time when childless women often regret decisions of their past, I worried that biology and hormones would nudge me to reconsider children once again.

Now I am well into my forties. As the ticking of my reproductive clock has waned, the lesson of my unborn baby has become clear to me. Time and introspection have nurtured an unusual gratitude; I am thankful that something I thought I wanted didn't come to fruition. I have stopped ruminating on what I've lost. On what could have been. Instead, I am choosing to bask in what I have gained in its absence: the freedom to continue to live the life I want to live. My baby taught me that I'm not meant to be a mother. And that's okay. My baby used her wings to set us both free.