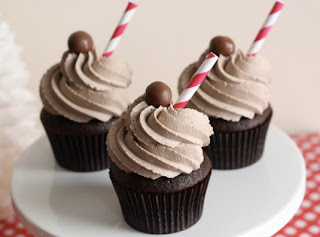 Nine years ago today, I closed the door on the life that I was living. I wasn't certain where my path would lead, but I trusted that by closing the door, another would open. Little did I know that closing that single door would lead to the opening of not just one door, but door-after-door-after-door. Each of those doors led to unexpected places far more wondrous than I could have ever imagined.

My re-birthday finds me reflecting on this past year:

The most monumental occurrence of this last year hasn't been an event, per se, but rather an internal shift. In the middle of this year, I made a commitment to that shift. I decided to close a door so that others can open. After all, if we keep on doing the same thing, we limit ourselves in our breadth of experiences. Leading bike trips has been a significant and wonderful part of my life for the last number of years, but I'm looking forward to new adventures. This doesn't mean I'm closing the door on bicycle travel. It does mean that I'm ready to do things differently. I'm ready for a change.

Nine years ago, I closed the door on a stable career, a fixed home, and a predictable life. I stood on the other side of that door thinking "now what?" I had no idea that guiding would become such a significant part of my life. Here I am, nine years later. I have decided to close the door on guiding, and I'm standing on the other side once again wondering "now what?"

In her book, Becoming Wise: An Inquiry Into the Mystery and Art of Living, Krista Tippett interviewed the great essayist and novelist, Pico Iyer. For many years of his life, Pico traveled all across the globe gathering all sorts of experiences. With time, Pico's journey began to transform from the external to the internal. With this change, Pico no longer wished to travel about; he instead wished to sit still and process his experiences. "I think anybody who travels," Pico said, "knows that you're not really doing so in order to move around -- you're traveling in order to be moved. And really what you're seeing is not just the Grand Canyon or the Great Wall, but some moods or intimations or places inside yourself that you never ordinarily see when you're sleepwalking through your daily life."

I read Becoming Wise just after it was published in 2017. I immediately felt a kinship with Pico, feeling as though I was on his same path. I highlighted the above passage and have returned to it numerous times in the years since. I recognized I wasn't yet done collecting experiences, but I knew at some point I, too, would want to remain still and process my inner landscape.

That's where I am now.

Happy 9th re-birthday to me! Here's to another year around the sun and passages through doorways I don't yet know exist!